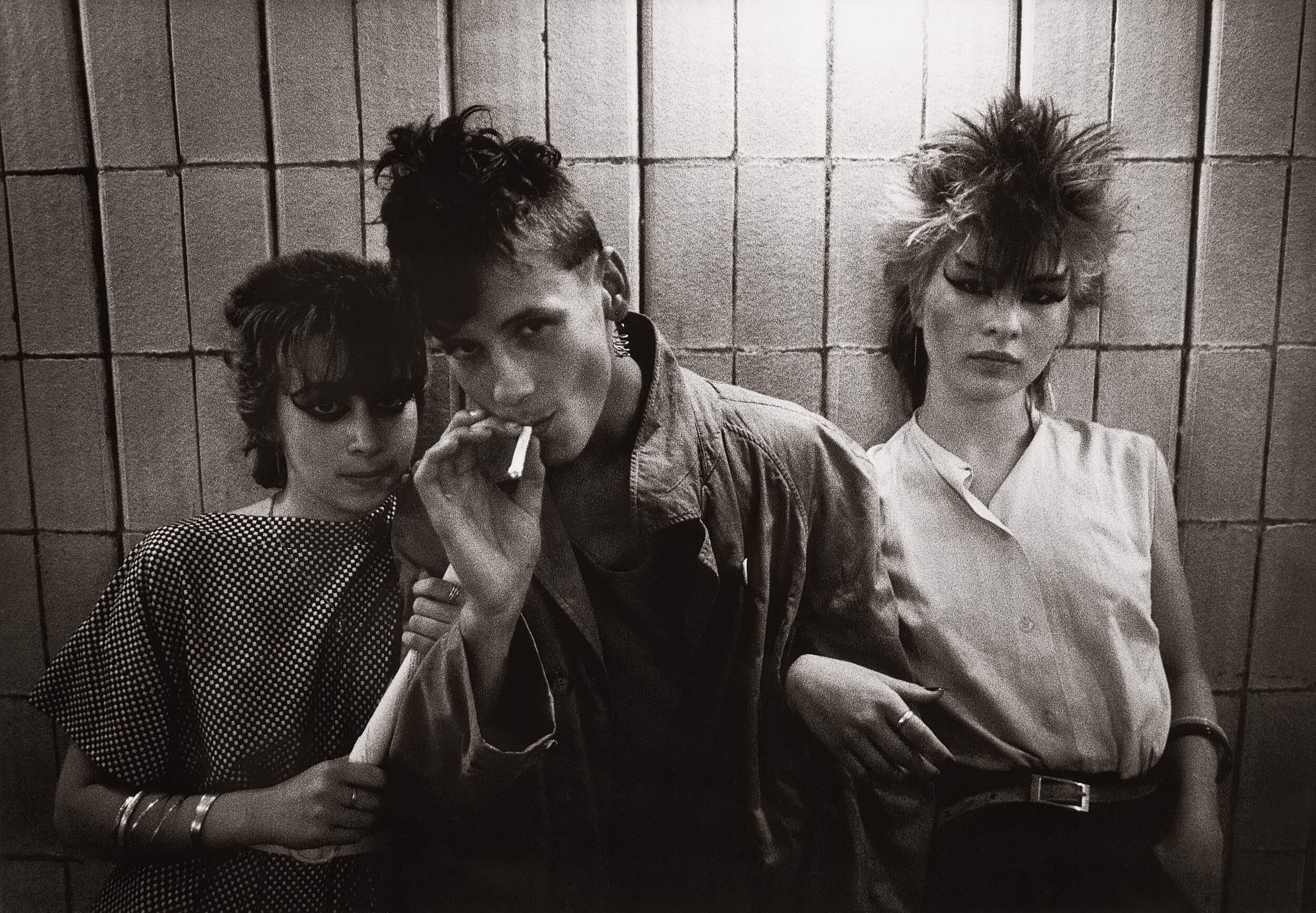 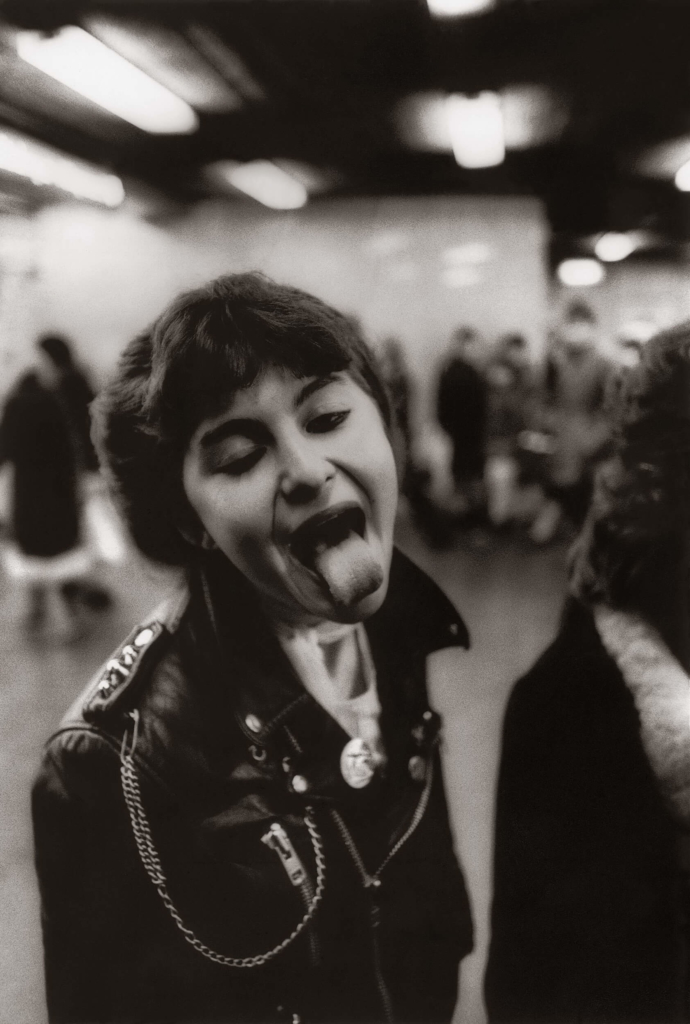 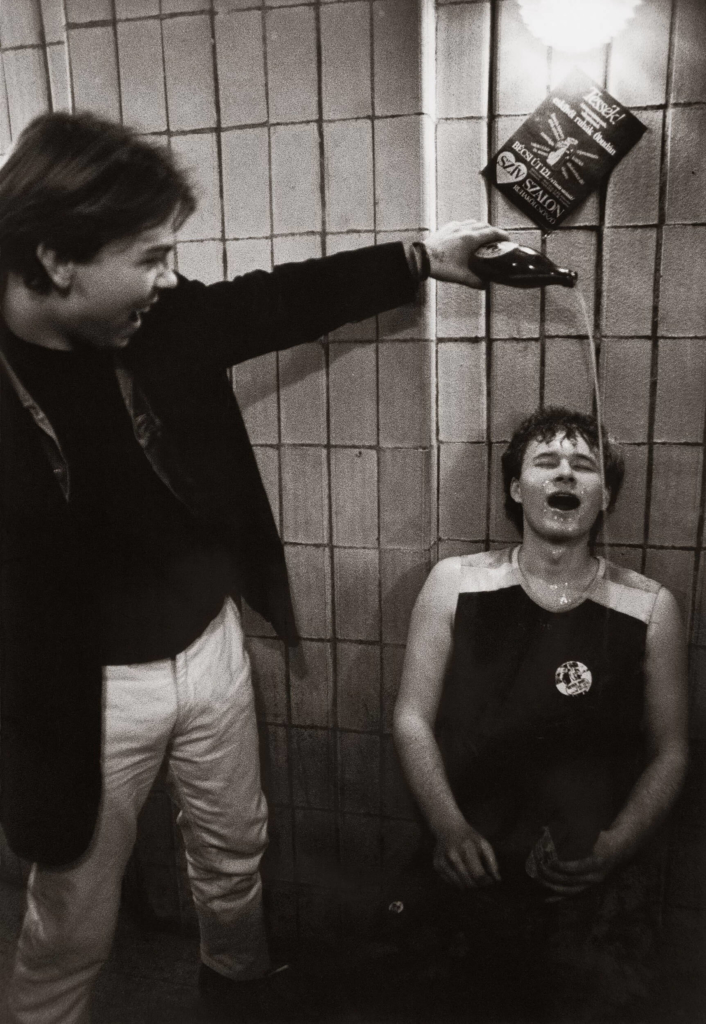 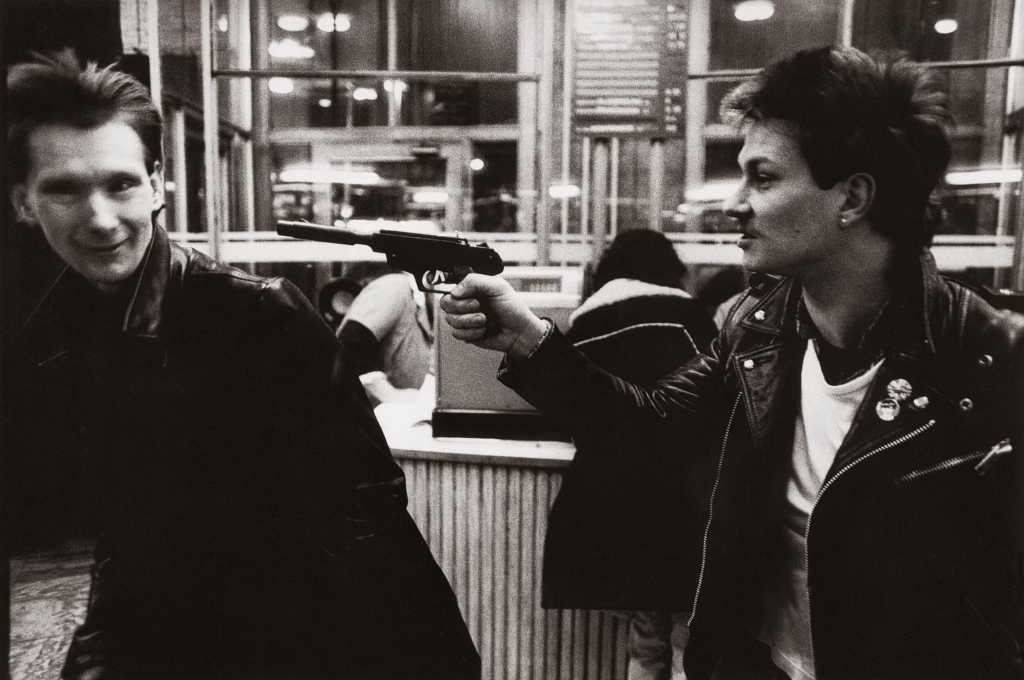 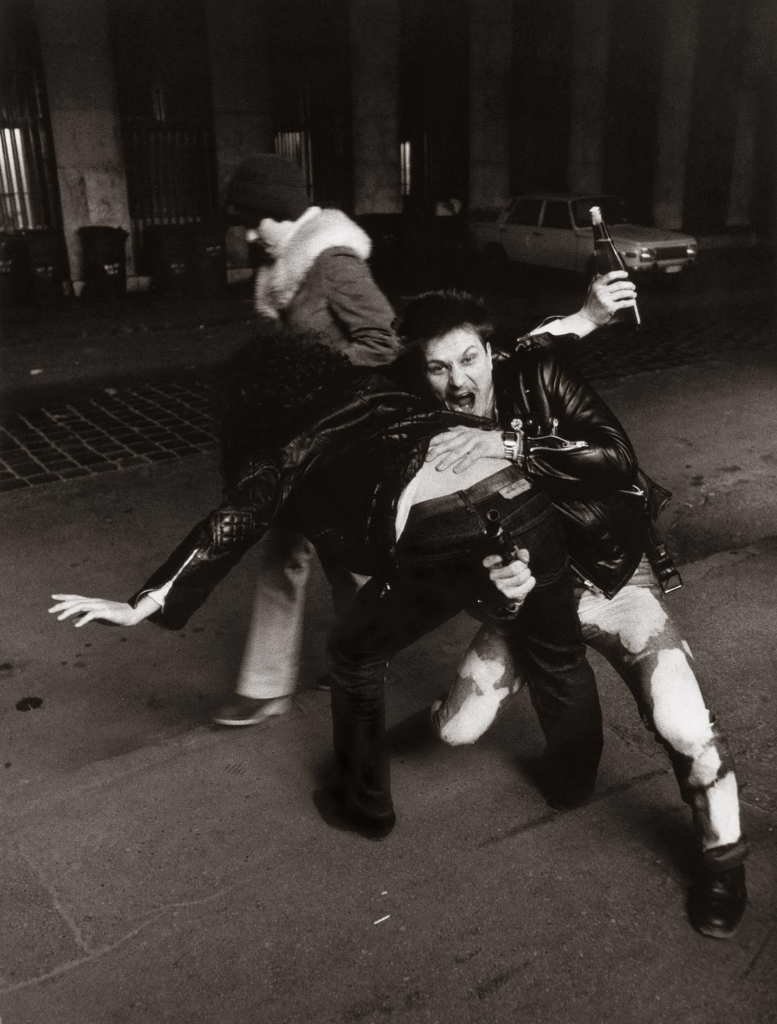 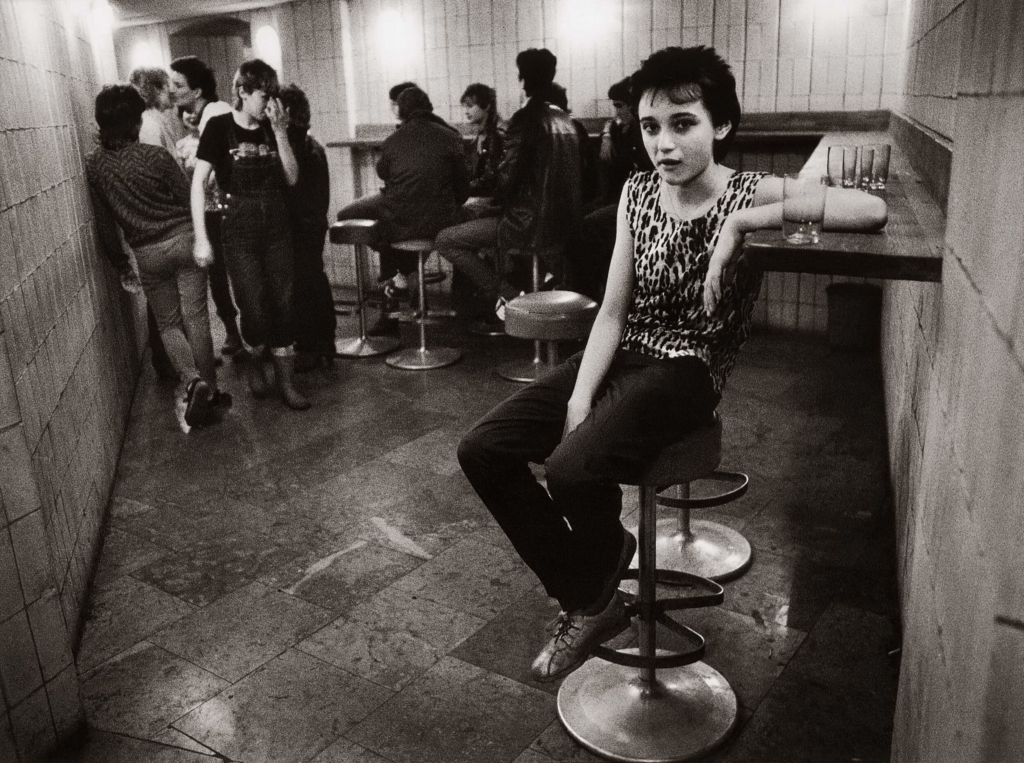 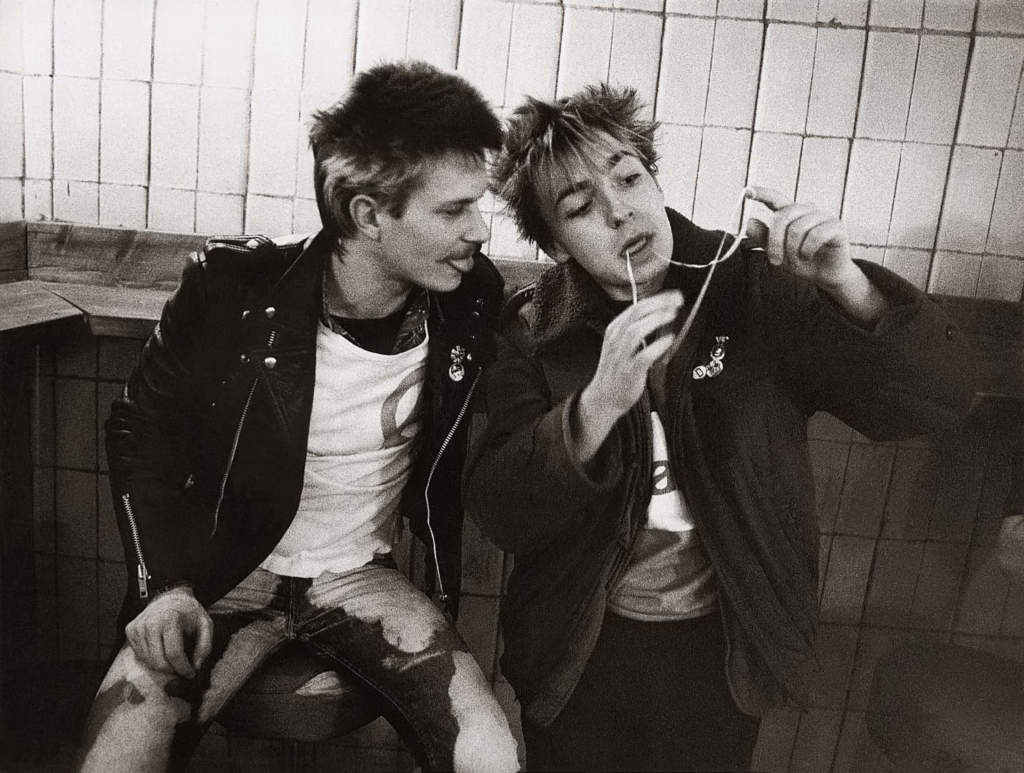 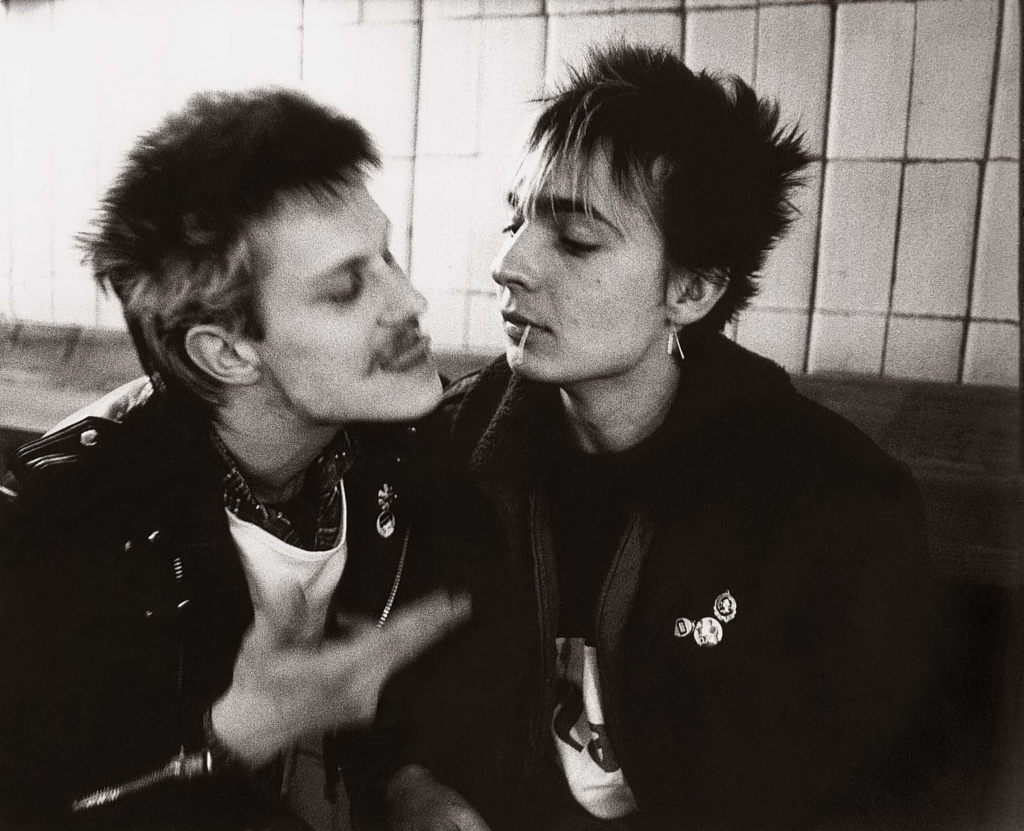 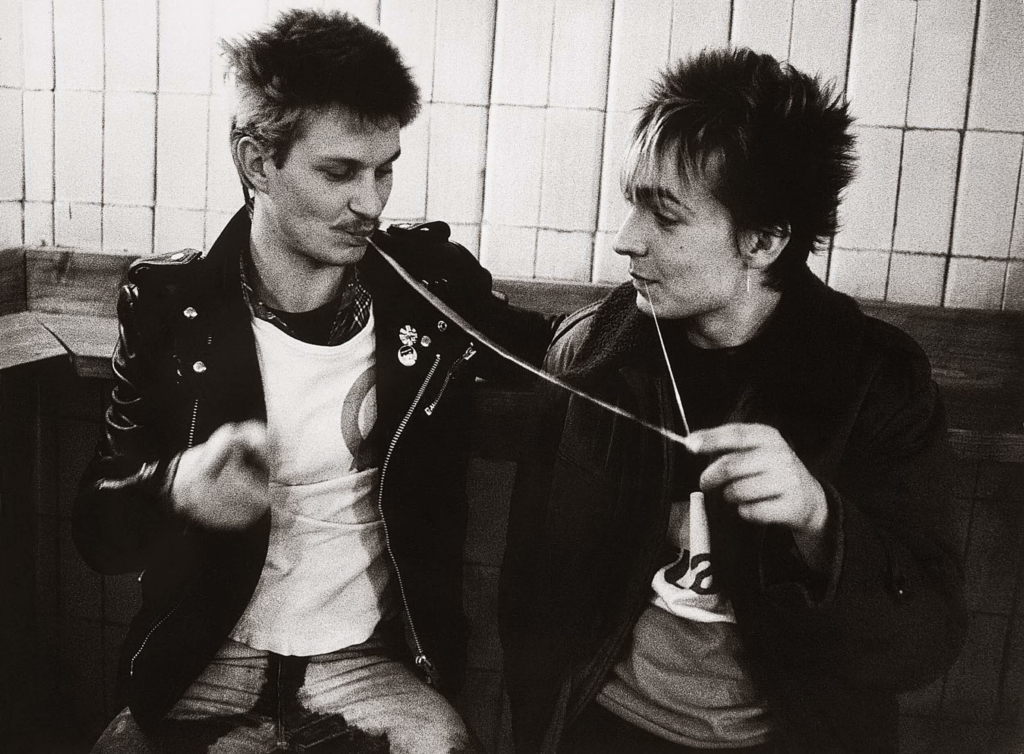 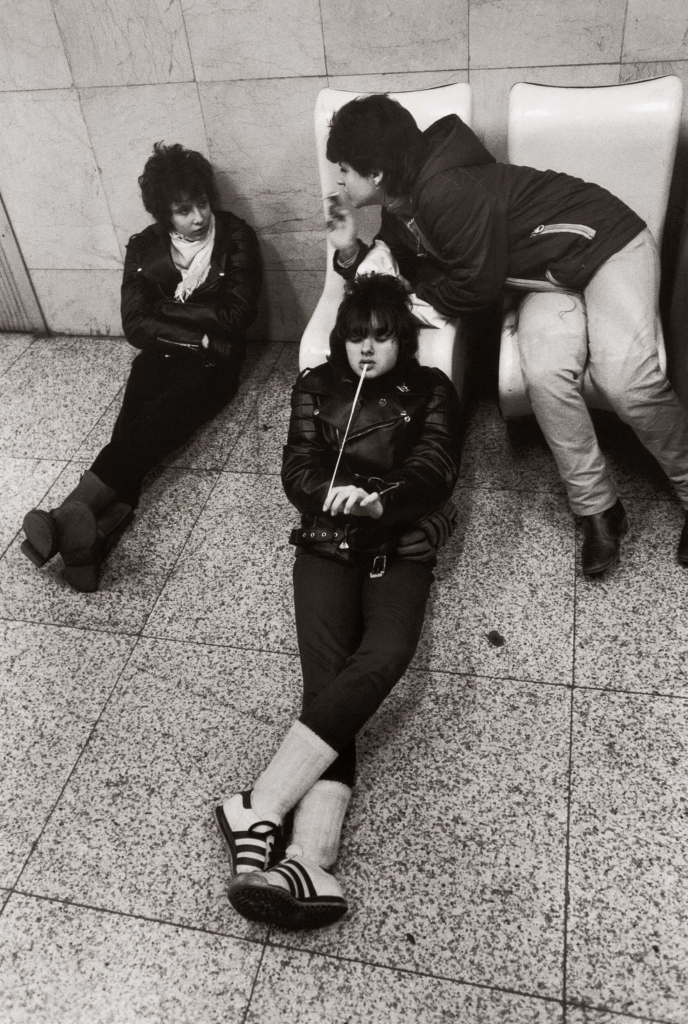 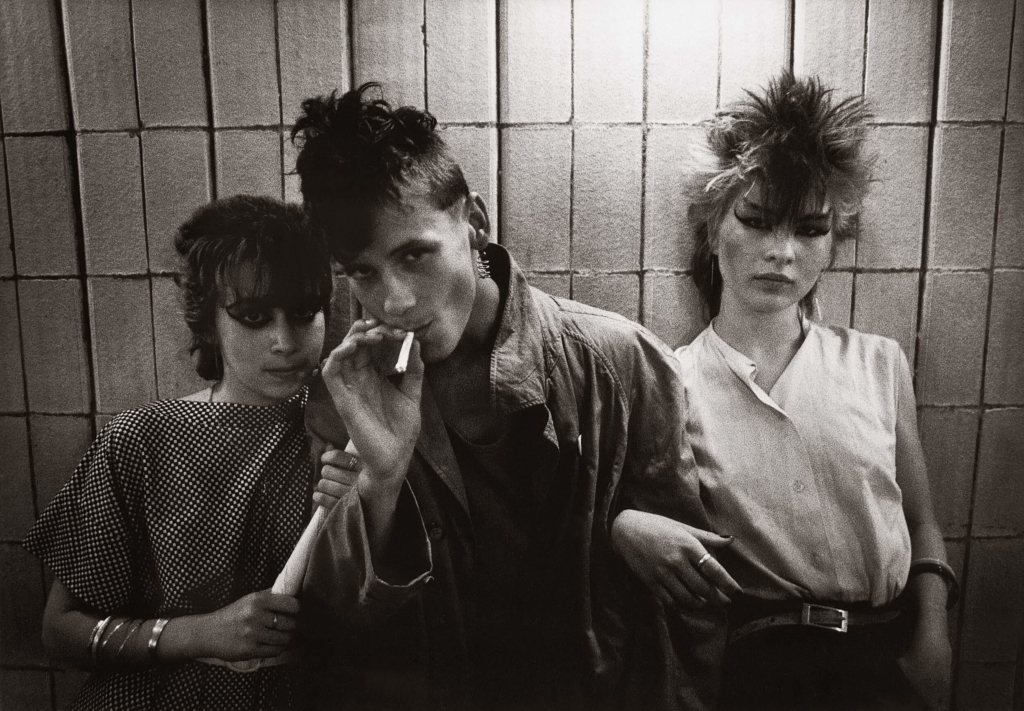 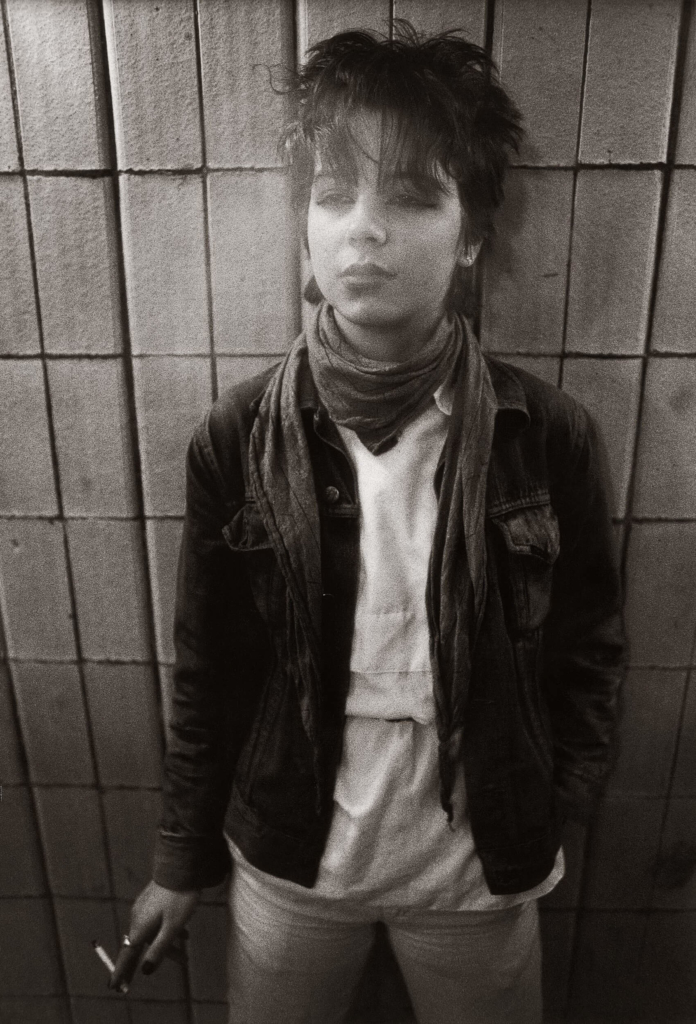 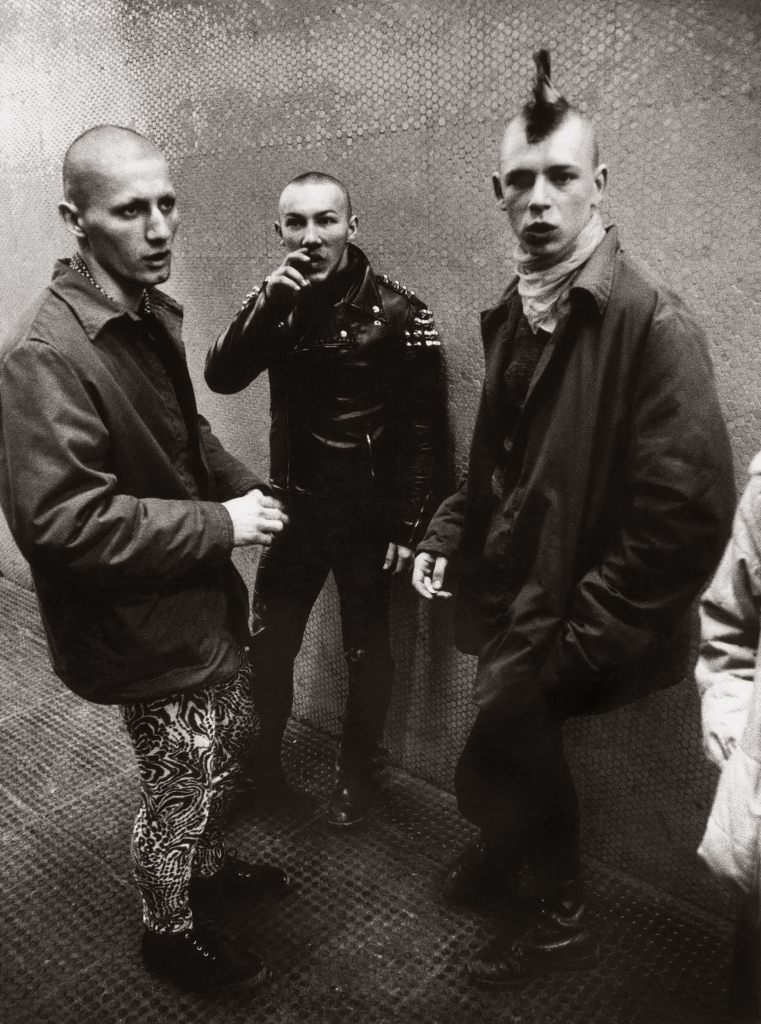 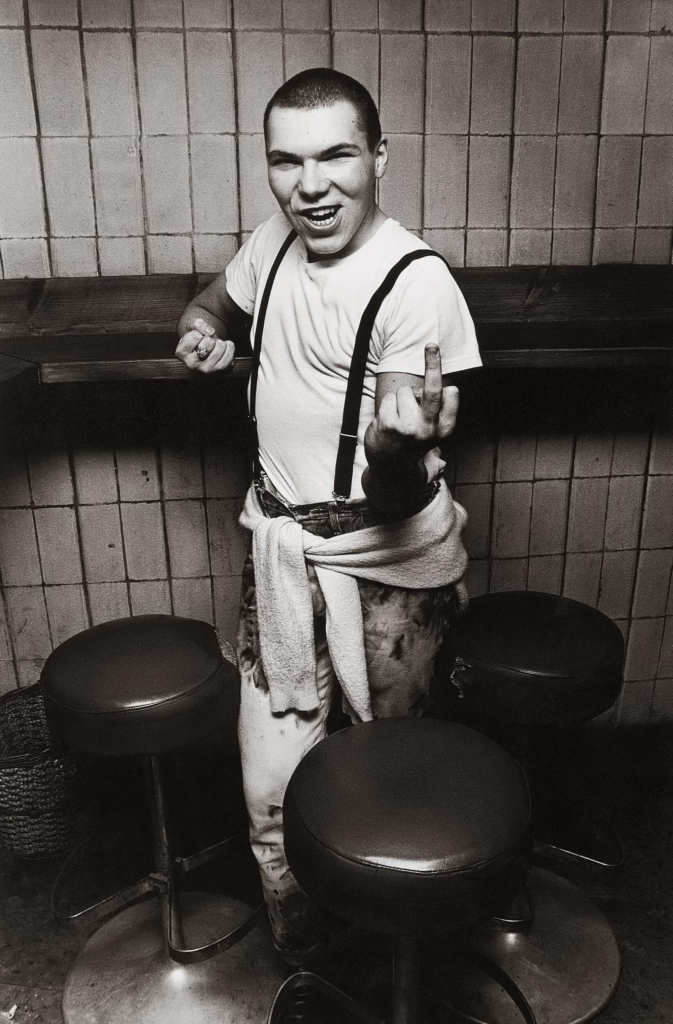 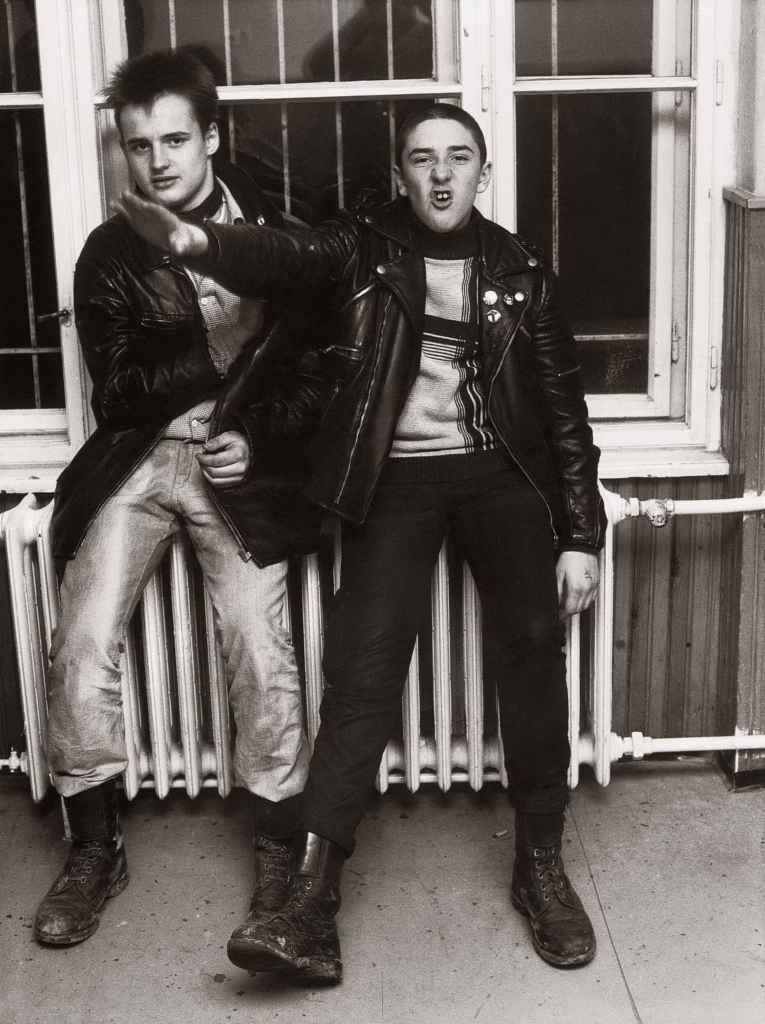 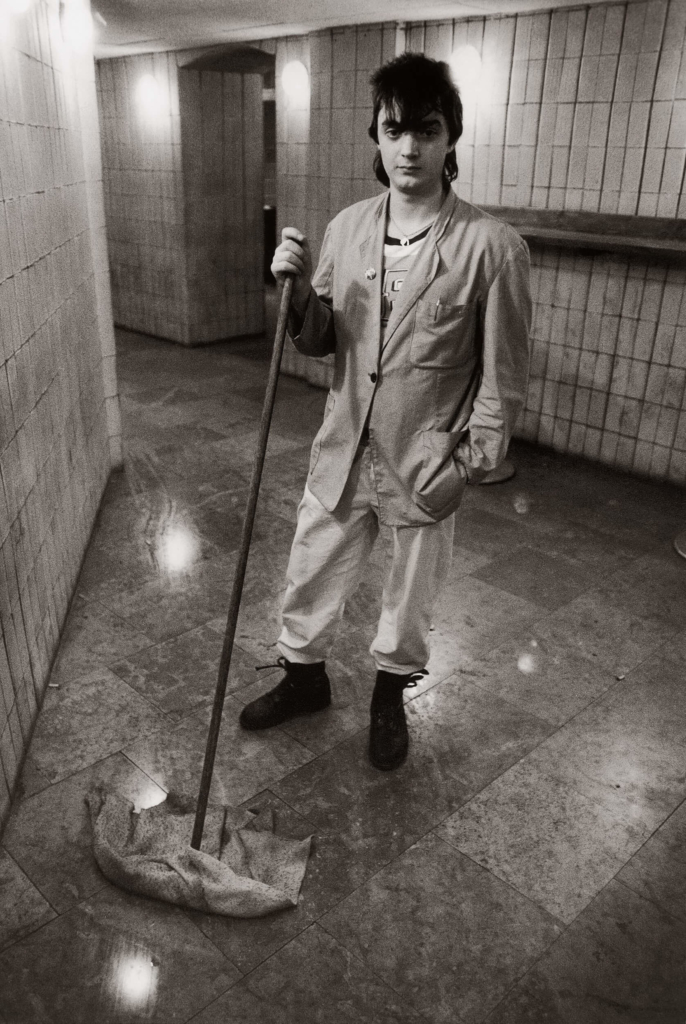 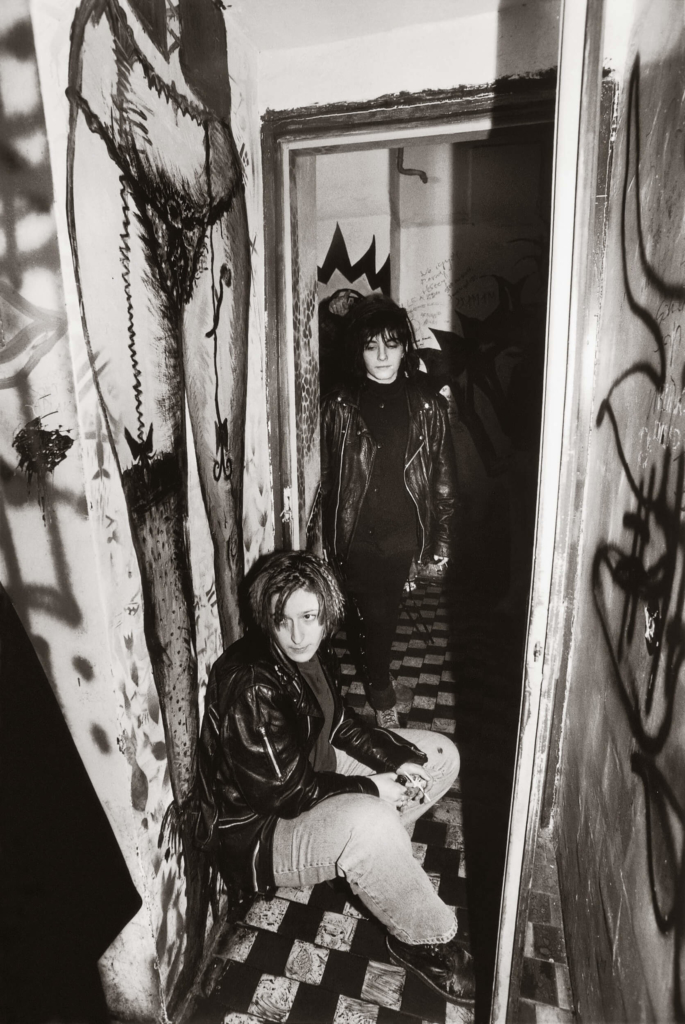 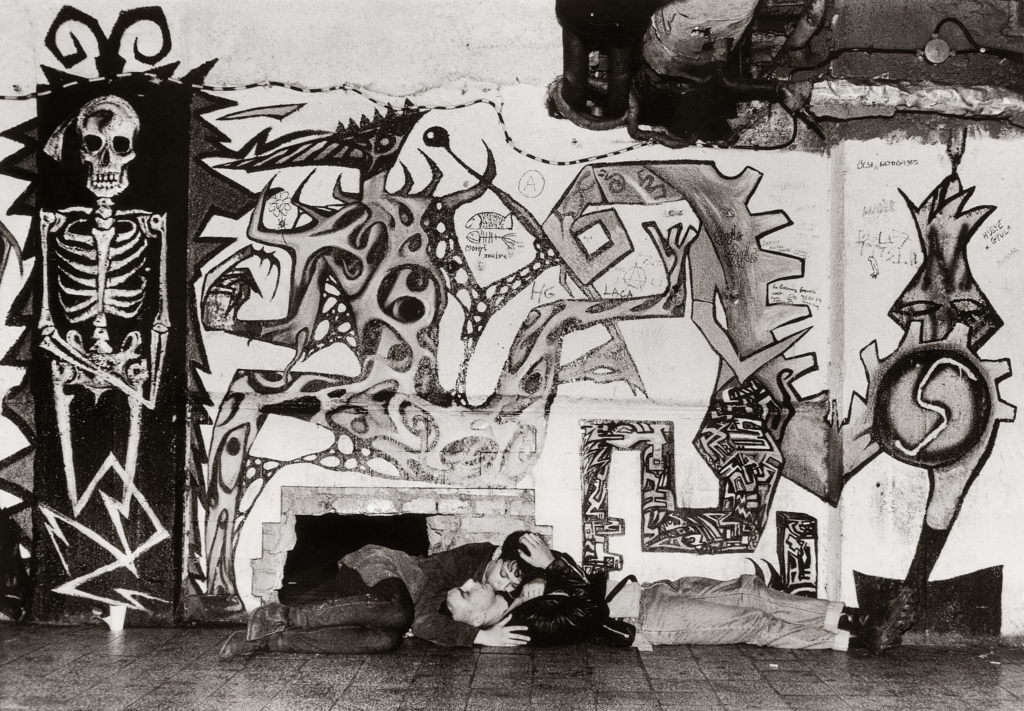 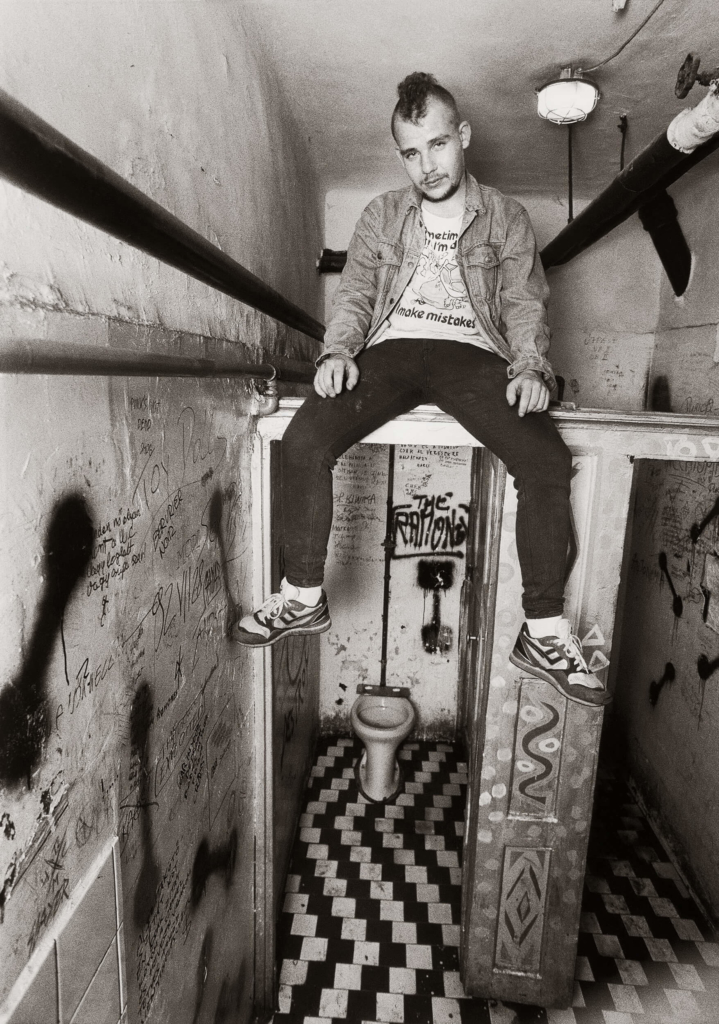 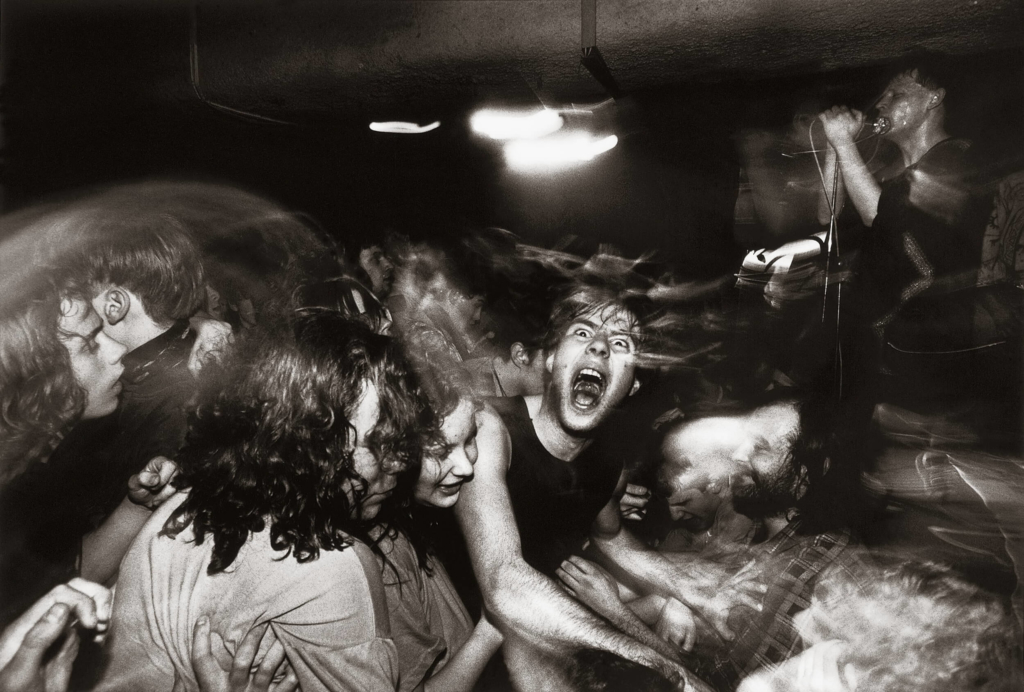 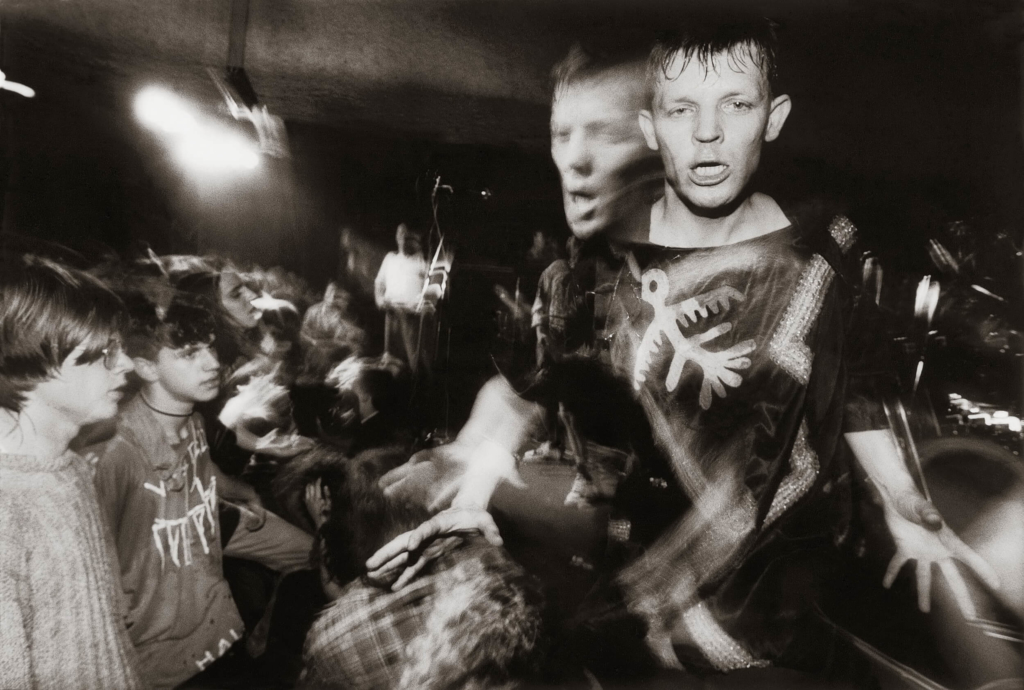 I photographed Hungarian punks twice during my career – in the early 80s and ten years later.

The punk community in Budapest, like in all major cities in Europe, was quite isolated in the 1980s. They stood out in their provocative outfits and me, as someone whose intention was to record everyday life, felt I had to learn more about their lives and chronicle them. I was not part of their movement, but I took part in many of their events, gigs and private parties until the late mid-‘80s.

I contacted these young people at one of the largest subways of Budapest where they would commonly gather. Went up to them, introduced myself and told them about my plan of a larger photo essay about their lives. Some of them agreed to be in my pictures, some didn’t trust me and said they don’t mind if I’m around but I can’t take pictures of them. I was back with them every week and always took small prints of their last week photographs as presents – don’t forget that was before digital cameras. Soon almost all of them agreed to take their pictures, had very few troubles, people were not as aggressive as are these days.

I obviously met some “fashion punks” who would come to the parties in their everyday outfits, change in the toilet and after 3-4 hours, once the party was over, they would change back to their conservative attire and go home. I was not really interested in them. I didn’t care for fashion or the superficial surface, I wanted to know punk people, who they were and what they were into.

During the ‘80s there were a lot of taboos in the Hungarian media, a lot of issues the media was not supposed to report on. The punk movement was one of them, drugs were another. Hungarian punks used glue to get high these days. There were a few of the punk bands, including CPG the one I photographed, that was later imprisoned bit that was also restricted information. My pictures were first published in a police magazine as evidence found in the homes of the band. As the pictures were not signed police didn’t reach me but as a precaution, I hid the negatives. It wasn’t just my freedom I was concerned about but of those who were in the pictures. I didn’t want to put anyone in danger.

There was different in the ’80s versus ’90s. During the ‘80s punk bands could only get one day in culture centres whereas in the ‘90s they could have their own clubs decorated by their own artists. The movement had been established and was accepted as one of the lifestyles and music genres. Kids who had to change in and out of punk attire disappeared and it stopped being taboo. The publication was limited only by the taste of the photographers or their magazines, not the censorship.